SMSF trustees must comply with new rules around Limited Recourse Borrowing Arrangements by 31 January 2017 to avoid a hefty tax bill.

The introduction of changes to the rules around Limited Recourse Borrowing Arrangements (LRBAs) for self-managed super funds (SMSFs) has been pushed back by the Australian Taxation Office (ATO), giving trustees an additional six months to comply.
The new rules, which require any related party loan to a SMSF to be considered an arms’ length deal, will now come into effect on 31 January 2017 to allow SMSF investors extra time to review
their borrowing arrangements and make any necessary changes.

In April, the ATO has also released a Practice Compliance Guideline providing guidance on the factors it believes signify an arm’s length arrangement. For a real property loan that includes a formal written agreement; an interest rate of 5.75 per cent for the 2015/16 financial year; monthly principal and interest repayments; a loan term of 15 years or less; and a maximum loan to value ratio (LVR)
of 70 per cent for both commercial and residential property.

If the investment being purchased is a parcel of identical stock exchange listed shares, the loan should have an interest rate of 7.75 per cent for the 2015/16 financial year; a loan term of seven years or less; and a maximum LVR of 50 per cent to finance the LRBA.
The ATO has also committed to providing further guidance, including case studies, by the end of September.

What will happen if trustees miss the extended deadline?

An SMSF can only borrow money to invest in very limited circumstances. A trustee can use an LRBA to fund the purchase of a single asset or parcel of identical stock exchange listed shares, to be held in a separate trust.

Basically, under an LRBA, if the loan defaults the lender’s rights are limited to the asset held in the separate trust.

Over the past few years, the popularity of LRBAs has significantly grown forcing the ATO to issue continuous guidance.

The ATO is trying to further clarify the rules applying to related-party loans given a number of LRBAs have low or zero-interest loans and other generous terms.

In 2014, the ATO issued a private binding ruling, stating that the income derived from an LRBA that was non-commercial had non-arm’s length income rules applied to it.

Therefore any earnings from the relevant asset would be taxed at the highest marginal tax rate, rather than 15 per cent in accumulation phase or nil in pension phase.

The ATO is committed to ensuring that where an SMSF has taken out a related-party loan, that arrangement was entered into and maintained on terms consistent with an “arm’s length dealing”.

If it is not, SMSFs must either adhere to the ATO’s new guidelines by 31 January 2017 or refinance their loan through a commercial lender or pay out the LBRA.

Failure to do so will result in the ATO deeming that the asset gives rise to non-arm’s length income, which should be taxed at the highest marginal tax rate – 47 per cent!
It’s important for SMSF trustees to speak to their financial adviser as soon as possible to ensure they understand the impact of the ATO’s new rules and will comply by the extended deadline.

In order to meet the requirements, investors may need to make payments of interest and capital for the year ended 30 June 2016 from their SMSF prior to 31 January 2017.

*Private Wealth Planning Pty Ltd is a Corporate Authorised Representative of Financial Services Partners Pty Ltd ABN 15 089 512 587 AFSL 237 590. This is general information only and does not consider your personal circumstances. It should not be considered tax advice. You should not act on any recommendation without obtaining professional financial advice specific to your circumstances.
We recommend you speak to a financial adviser before acting on any of the information you read on this website.

Protecting yourself from frivolous creditors and lawsuits is becoming …Read More>> 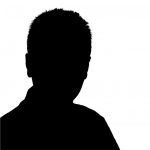 "As a newly married couple, we’re keen to plan ahead and have a comfortable future. We contacted Private Wealth Planning to set up solutions so that when we have a family and move forward in our careers, we have a goal in place for a comfortable retirement. Howard and his team provided us with a range of ways to plan financially for our future including salary packaging advice, debt management and superannuation advice. We’re looking forward to working closely with Howard to create strategies that help us achieve our financial goals for ourselves and our family."

"We needed financial and wealth planning advice and Howard and his team came highly recommended, it’s been a great process and we are very confident we have a solid financial plan in place to ensure we are comfortable and wealthy in the future. Howard and his team make recommendations about a wide range of financial advice that I need including retirement planning, small business advice and even SMSF. The business is far more than just financial planning and I really appreciate all the support and advice. Thanks so much!"

"I’ve put off getting my superannuation sorted, as retirement for me, was so far away. Private Wealth Planning helped me with superannuation advice and supported me every step of the way. With the Private Wealth Planning’s support, I am looking into SMSF and investment planning and feel I am getting transparent and balanced advice that I can trust. Their support has made planning a little simpler and I look forward to continuing to work with them in the future. Great service." Find out more about the Private Wealth Planning team. We are like minded advisers, who strive to ensure our clients are enabled to make important financial decisions with confidence. We care about ...Read More>>

General Advice Warning: Disclaimer: The advice on this site may not be suitable to you because it contains general advice that has not been tailored to your personal circumstances. Please seek personal financial and tax and/or legal advice prior to acting on this information..